By Anne Lafferty on November 14, 2014 in Change, Feature, Health, motivation 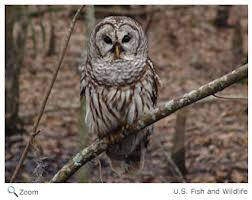 Have you made serious attempts to improve your working memory? Do you clench your teeth over tough crossword puzzles, zen out over those computerized brain games? Are you the woman who took boring piano lessons at the age of 50 because you suspected that the creative side of your brain may have shriveled up into a hardened little ball during your child-rearing days?

Hey, I just found out what I always wanted to believe anyway! Sex makes us smarter!

But the official explanation goes like this: The Atlantic reports that having sex can increase the production of new neurons in the brain, particularly where long-term memories are stashed; the hippocampus. This may be to make sure you remember the experience well and try it again, for biological reasons.

All in all, though, it sounds like a win-win situation!

The University of Maryland jumped on it. They observed middle-aged rats and found that if they performed often in the hay or nest, they showed improved cognitive function.

They invited some mice to join the party, too, and discovered that sexual activity buffered the brain shrinkage caused by chronic stress. Frankly, I don’t like the sound of chronic stress in laboratory mice, but then, a lot of us party to combat stress!

The Journal of Sex Research tested the working memory of 28 healthy individuals when they were asked to keep track of neutral, negative, positive, or pornographic stimuli. “Results revealed worse working memory performance in the pornographic picture condition,” concluded Matthias Brand, head of the cognitive psychology department at the University of Duisburg-Essen, Germany.

Again, the hippocampus may lie at the bottom of this. It keeps track of experiences you really LIKE, and brings them up at intervals to suggest you try again. Perhaps this is one example of repeat performance images surfacing in the middle of the need to keep focused on ordinary tasks.

Here’s a question: If sex makes you smarter, do high IQ people have more sex? Apparently not.

In fact, average people are probably the sexiest. They discovered this by saliva-tests for hormonal levels in adolescent boys.

Being smarter did make people a bit wiser about sexual relations, though. Adolescents who scored better in scholastic achievements were less likely to engage in risky relational behaviors.

But what about older people? Again, a little wisdom goes a long way, here. A healthy body will inspire sexual activity. That means……here we go again! Healthy eating habits and constant exercise. A healthy-looking body and positive outlook in life probably strongly increase your chances of getting lucky.

orgasm enhances aging memory, orgasm gives your brain a boost, sex can make you smarter, sex on your brain, sex to power your brain

I Was Losing My Mind!
CHANGE YOUR DNA