If the family dog is  isolated, he makes sure to bark annoyingly until someone responds, or he digs under a fence and voila! Freedom!

Some of us are facing the same kind of helpless isolation, but, unlike the unhappy dog, we don’t make noise and there’s no digging out.

Every one of us feels down and lonely once in a while. Maybe a new work place seems unfriendly. Maybe a move to a new area isn’t what we thought it would be.

Maybe we just retired and – now what? This is the kind of ordinary loneliness that probably will pass. There is another kind of loneliness and it poses the same kind of risk as any chronic disease. That is chronic loneliness.

How does that affect us?

The answers are surprising, and they are not the ones we want  to hear. 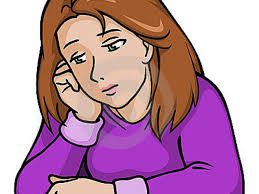 You don’t necessarily have to be living alone to be completely isolated from everything that once gave life meaning and color.

Chronic loneliness can be internal, not necessarily a life without human contact. Quality of relationships comes to mind. Many times we have heard that all married couples are healthier than singles. Is that really true? A marriage filled with conflict lacks a very important edge against loneliness – intimacy. These marriages are often empty and angry, but, as one dear friend states: “We’re too old to make changes now, too old to divorce and start new lives.” The loneliness is laced with frustration, because it seems changes cannot be made due to circumstances. My friend states: ” He fills his life with hobbies – and I suspect, affairs, but I can’t be sure about those. He sleeps in his own room. I know I am not as attractive as I once was, but his rudeness and jokes at my expense make me so sad.”

Other women said they were forced to remain in long-term loveless relationships because they had no money and no prospects.

Then there is chronic illness of a spouse. The many faces of dementia, its delusions, physical and  cognitive decline stretch agonizing loss into years and even decades. The man Angela married 14 years ago and loved intensely is gone, even though responsibility for his care remains. He was diagnosed with Parkinson’s Disease and  Lewy body dementia. Since then, Angela and Ned’s lives have compressed in scope to a crucible of dull routine – and terrible loneliness for Angela. Her situation seems insurmountable, and there is no end visible. Doctors say that Ned could live between five and 20 years longer.

Jan and her husband had been married 28 years when he suddenly committed suicide by hanging himself. Strangely, she recalls, he was only 53, had no history of depression, no marital, financial or family problems – that she knows about.

“The loneliness I’ve felt since his death remains one of the hardest things to cope with, and also to get others to understand,’ says Jan, who works as a management consultant.

“For me, loneliness has many facets — walking back into an empty house, having no one with whom to share stories or news, or to ask me how my day has been. I miss Ian’s physical presence — not just in the sense of kissing or hugging, but also the fleeting touch of a hand on my shoulder or arm.”

Physical affection and intimacy are often discounted for older people, but they are the armor to stave off loneliness and depression. Sex improves immunity to disease and leads to growth of new brain cells, according to Integrative Nutrition.

On the down side, lack of skin-to-skin affection causes similar affects to babies who lie alone in over-crowded orphanages without nurturing. Mood and anxiety issues and secondary immune disorders appear.

New figures published by the Office for National Statistics confirm that we are in the grip of a loneliness epidemic in this country, with poor health and the loss of a loved one both playing a major part in this troubling social phenomenon.

Is there a solution?

Not always. But things will not change without effort on the part of the lonely. That effort might be to have a separate life – at least mentally, to the demands of an ill person or the corrosive erosion of an unhappy marriage. A separate life might seem disloyal and unloving, especially when espoused to a chronically ill individual, but survival takes precedence.  No one can be fully present for another when suffering from burnout. Caring for yourself is the most important thing you can do, because you will never have another you.

This may be the last thing a person who is a caregiver at home wants to do, but, for those trapped in difficult marriages, it is the perfect way to learn something new, meet new people and feel of value to others once again.

Hobbies can mean setting a goal, like learning a musical instrument or painting a picture, knitting a sweater, detailing an old car. How about writing letters? You would be amazed at how happy people are to get letters, especially if in hospitals, rehab institutions or correctional institutions.

A pet is always ready to buddy up, and gives meaning and purpose to life. Pets draw new friends to themselves, and by proxy, their human!

If you are homebound

Meeting people is difficult when stuck at home with illness or lack of transportation. Home visitation services abound, and there are services to transport people and get them out to shop, go to worship or recreation.

These solutions are very few. I am sure there are many more. They will not work for everyone, but chronic loneliness is as threatening to health and well-being as obesity or smoking.

It is up to you to make the effort to change things.