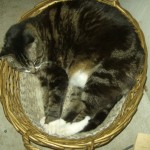 “You could be attractive……..if you weren’t so fat!”   “It’s hard on your joints to be so heavy at 70.” “Don’t you realize that you created your own heart/diabetes/cancer situation by being so overweight?!”

You’ve been sold this bill of goods, as well as every salable solution from the Paleo Diet to The Skinny Rules mandated by The Biggest Loser coach.  In fact, I’ve probably profited on you myself; I’ve certainly reviewed a number of these books.

And the outcome? You’re still fat.

I recently read an article about a young, female photographer, Haley Morris-Cafiero, who shot a self-portrait in Times Square in 2010. This woman has struggled with overweight since a diagnosis of hypothyroidism in her college years. Her collection of images is filled with camera-catches of disgusted expressions on faces in the background …….undeniably directed at her. Her photo collection, Wait Watchers, includes shots of teenagers sneering and New York’s (really?)Finest officers mocking her as she makes a phone call on the sidewalk.

One response to the Wait Watchers photo collection was a blog entitled:  Fatty Fat Ass Takes Pictures of Her Fat Ass and Calls It Art.

A generic comment on the photos declared,  “You need to lose weight and get a makeover. “

After all, The Biggest Loser loses weight right on TV and gets a total makeover. Then the person lives happily ever after, like all fairy tales. If Honey Boo Boo’s mother can do it, well, so can Haley!!

And a final hurrah…..”It makes me ill, just looking at her.”

Ms. Morris-Cafiero’s response: “I’m just a stand-in for anyone who feels like an ‘other’. “

There are a number of ‘others’ standing around the edges of our culture today. Many ordinary persons will come right out and voice the opinion that a public figure such as Sarah Palin should have aborted her son with Down’s Syndrome. Often, handicapped children are viewed with distaste, a defective item that should have been trashed immediately.  Fat people find themselves skidding down the rubbish chute as well, and, why not? After all, fat is a fault, and it’s your OWN fault, not the fault of your folks for letting you live.

Shows like The Biggest Loser are very telling in this regard. The very word Loser  in the title is synonymous with  Fat. The group punishments for failure are demeaning and the exercises incredibly difficult for large people to perform. But, most of the audience feels it justified, as though a kind of voyeuristic boot camp is just what overweight people deserve. Maybe NOW they’ll get their fat butts in gear!

What have overweight people really done to deserve this?

Just about everything. Fat people have been overworked in the gym, fasted and fad-dieted. Anorexia and bulimia are common-core attempts at control,  as well as spandex body stockings that encase the body like armor. If all else fails, invasive attempts like liposuction and lap-band surgery are standard.

One young woman sensibly avoided all that and  moved to an African country where fat women are admired and desired.

I often hear from people who claim that anyone can write a book. I hear similar comments on fat people’s failure to lose weight, because, anyone can!

If anyone could write a book, anyone would. If losing weight was easy, no one would be fat.

Many fat people in the U.S. say that they would like to be thin, or at least pass for thin, especially when they find themselves viewed as second-class citizens in multiple venues. Most people recognize both the psychological and biological risks presented by obesity. However,  according to the Journal of Family and Community Medicine:

One hundred and thirty physicians responded (to a survey on obesity). More than two-thirds of the respondents considered themselves as key players in the management of obesity. However, only one-third believed that they were well prepared to treat obesity. Eighty-three per cent of the respondents had a negative attitude toward the concept of overweight and obesity. It was noted that 76.9% of physicians advised patients to control their weight with sport and exercise together with low calorie diet. Sixty percent of the respondents used body mass index to diagnose obesity. Seventy-two percent of respondents did not use weight reduction medications to treat obesity. Lack of training, poor administrative support, and time constraints were identified as barriers in managing overweight and obesity.

The site repeats:  health professionals, including physicians, may have a negative attitude towards obese patients, (Like 83%?!) which may be one of the reasons for the low success rate of obesity management. Adequate training may increase physician involvement in overweight prevention and treatment. Exploring physicians’ awareness is important for the design of special training programs to manage deficiencies in knowledge.

For all of our obsession with fat and weight-loss here in the U.S. , it seems we know very little about obesity and combating it. Until we do, I think a search for serious solutions is better than empty criticism.

View all posts by Anne Lafferty →
The Dating Game at 58!
The Sad Story of Gut Fat