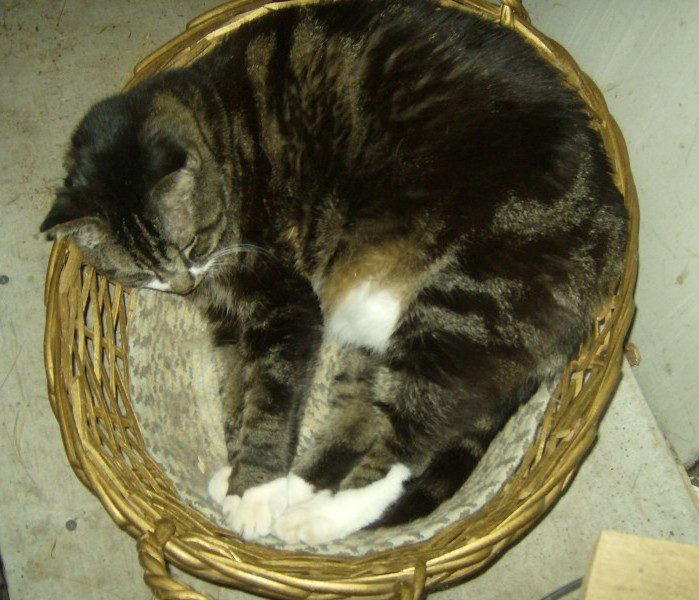 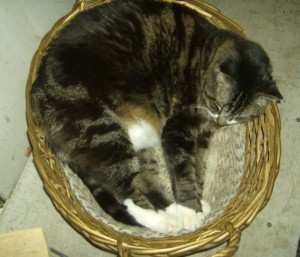 Feeling trapped by circumstances is one way to drive yourself into serious depression. Many people – and animals – become depressed when they feel that they cannot change their circumstances for the better. Bumping up against a brick wall or the end of a chain continually will cause them to quit trying and curl up in a ball.

I my case, I wasn’t really depressed, because I had a whole lot of ‘doing’ on my plate. I was busy for 12 hours out of every day, just trying to make a living. In fact, I was a little annoyed at having to look at my circumstances from a practical point of view, because that took time away from all my survival busy-ness.

However, at some point I had to stop, slow down, and quit circling the cage. Ever notice how caged animals do that? It gains them nothing, but I suppose it makes them feel like they are going somewhere. That’s pretty much how I felt. I felt I was going somewhere……but I wasn’t.

What can I change?

I forced myself to quit circling, just for a time, and began to seriously look at my life. I began to look at my life from the standpoint of what I could change about it.

This, of course, led to many blind alleys, such as going back to school for RN nursing, getting placed on a waiting list for 2 years, and working full-time to pay for it all. I really disliked nursing, and the very thought of it at even higher levels of responsibility led to mental cries of despair and hand-wringing. Of course I would make more money, probably assigned to night work…..briefly…by the age of 60. With that kind of hours and the probable noc work, I didn’t feel I would last long enough to spend my improved income.

It seemed my surroundings just wouldn’t give! Every day proceeded in the same march along a rutted path that I was beginning to hate! Actually, I had just begun to hate it. Before I began really thinking about it, I just accepted my situation of constant toil, relentless responsibility and low wages.

I began to look deeper, because I was forced to do it. I began to shrink my surroundings down, down, down – like sizing a photograph for a page fit. I looked closely at the only thing I thought I could change at the moment……my body.

I mentally punched myself on that one! Sucking up to feminine mythology now, huh? I inspected the buffed-up bodies of aging cougars via the tabloids every time I visited Walmart for groceries and stood in line for more than 10 minutes. Some of them looked really good, due to flab tucks and face tucks and fanny tucks. And they all subscribed to some diet plan that delivered low calorie cuisine right to their doorstep, and hired some buff dude trainer guy to crack a whip over them at the gym.

Sheesh. I was sure I needed some change in appearance, but, I decided with annoyance; I certainly could not afford the process presented in the National Enquirer!

However, I did note that some women claimed that they had transformed their bodies, and ultimately, their health prospects, without going to makeover extremes. I took a hard look at them. They didn’t appear to be the ‘New Forty’. Their lips did not pucker seductively like puffer fish, but they looked fit, attractive and comfortable in their own skins. I thought about them with a tinge of annoyance for a while. I could see that they lived on a different thought planet than I did; that they didn’t believe there was nothing they could change or improve about their lives. I wondered if they were for real.

After some thought, I decided that I wasn’t necessarily going to buy their claims to no makeovers (or purchase the Enquirer!) …..but I was going to try their method.

What did I have to lose?

As a grudging start to it all I forced myself to toss out a half-eaten package of Oreos and two cans of beer from the fridge. I knew Luke, my son, would be annoyed at this if he knew it – he could have just as well finished off the beer and the Oreo sandwich cookies. I knew he would not miss the package of lunch meat succumbing to serious mold in the far corner of the fridge, or the malted milk balls slipping comfortably into old age.

I wasn’t too worried about taking the fridge by stealth in the name of health. There was a mayhem of items stacked in the fridge, cleverly concealing any losses that might incur. The real problem was not the wrath of Luke, but………..where would I go from here?

Then he cried just south of Nashville

and he turned that car around…….. 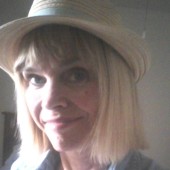 I Was Losing My Mind!

Delores: Part 4: The Next Step